How has being an Evolutionary Anthropology graduate from Duke helped shape your professional success?

"When I think about how I use the skills I learned as an Evolutionary Anthropology major, one project particularly stands out. Through a year-long, independent study Senior Thesis, I worked with a team to investigate methods for quantifying sleep at the Duke Lemur Center, one of few places on earth where lemurs can be studied. We evaluated new technology for its ability to classify sleep into NREM & REM states.

"This experience laid the groundwork for a career in clinical research. I developed literacy in programming languages including R and Python, which I use regularly in my current role to analyze data for clinical research projects. Working closely with my research mentors, I learned how to think creatively while problem solving. My experiences as gave me the confidence to take the lead in future research projects. I work at a health technology start up now, which unfortunately does not involve lemurs or other apes. But I still gained invaluable skills as an EvAnth major: I draw on lessons gained through independent scientific inquiry and work ethic every single day. These tools are an important aspect of my current job at Cohero Health, and my future in the field of Health Sciences."

What advice would you give students in Evolutionary Anthropology?

"Make it a point to get to know the faculty in your department. As an Evolutionary Anthropology major, you have the incredible opportunity to learn from some of the most respected, well-known experts in their field in the world. Make it happen by reaching out to professors, inviting them to lunch via the FLUNCH program, and taking advantage of their office hours. They could very well become life long mentors to you." 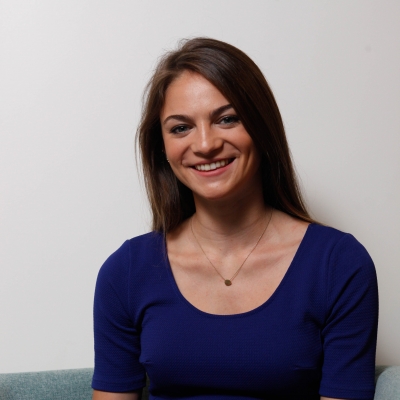