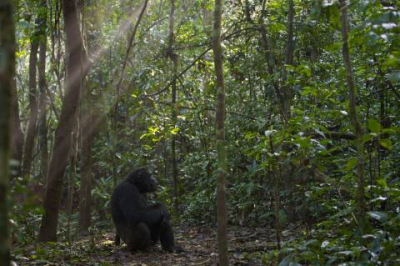 DURHAM, N.C. – Special diets, exercise programs, supplements and vitamins -- everywhere we look there is something supposed to help us live longer. Maybe those work: human average life expectancy has gone from a meager 40-ish years to a whopping 70-something since 1850. Does this mean we are slowing down death?

A new study comparing data from nine human populations and 30 populations of non-human primates says that we are probably not cheating the reaper. The researchers say the increase in human life expectancy is more likely the statistical outcome of improved survival for children and young adults, not slowing the aging clock.

“Populations get older mostly because more individuals get through those early stages of life,” said Susan Alberts, professor of Biology and Evolutionary Anthropology at Duke University and senior author of the paper. “Early life used to be so risky for humans, whereas now we prevent most early deaths.”

The research team, comprising scientists from 14 different countries, analyzed patterns of births and deaths in the 39 populations, looking at the relationship between life expectancy and lifespan equality.

To understand if this pattern is uniquely human, the researchers turned to our closest cousins: non-human primates. What they found is that the tight relationship between life expectancy and lifespan equality is widespread among primates as well as humans. But why?

In most mammals, risk of death is high at very young ages and relatively low at adulthood, then it increases again after the onset of aging. Could higher life-expectancy be due to individuals ageing slower and living longer?

The primate populations tell us that the answer is probably no. The main sources of variation in the average age of death in different primate populations were infant, juvenile and young adult deaths. In other words, life expectancy and lifespan equality are not driven by the rate at which individuals senesce and become old, but by how many kids and young adults die for reasons unrelated to old age.

Using mathematical modeling, the researchers also found that small changes in the rate of ageing would drastically alter the relationship between life expectancy and lifespan equality. Changes in the parameters representing early deaths, on the other hand, led to variations very similar to what was observed.

“When we change the parameters representing early deaths, we can explain almost all of the variation among populations, for all of these species,” said Alberts. “Changes in the onset of aging and rate of ageing do not explain this variation.”

These results support the ‘invariant rate of ageing’ hypothesis.

“The rate of ageing is relatively fixed for a species,” said Alberts. “That’s why the relationship between life expectancy and lifespan equality is so tight within each species.”

The researchers point out that there is some individual variation within species in the rate of ageing and on the onset of senescence, but that this variation is contained to a fairly narrow range, unlike death rates at younger ages.

“We can't slow down the rate at which we're going to age,” Alberts said. “What we can do is prevent those babies from dying.”

This work was supported by a grant from the National Institute on Aging (P01AG031719), with additional support provided by the Max Planck Institute of Demographic Research and the Duke University Population Research Institute.