What Can Fossil Teeth Tell Us About Our Ancestors? 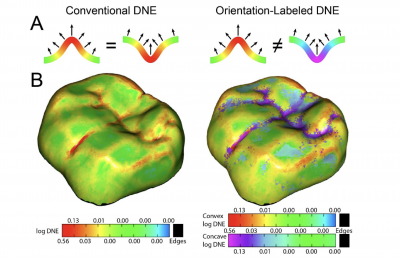 We use our mouths to tell stories, but we rarely ask what stories our teeth can tell. Teeth can reveal our age, what we eat, where we come from and may even give hints about how stressed we are. Can they do the same for our extinct hominid ancestors?

They just might, with help from a Gordon P. Getty Grant from the Leakey Foundation to a multi-institutional team led by Dr. Richard Kay, Duke professor of Evolutionary Anthropology.

"I was thrilled by the decision to choose Dr. Richard Kay for this year’s Gordon Getty Grant. His notable career embodies the spirit of scientific inquiry that this award is meant to honor," said Mr. H. Gregory, the Leakey Foundation’s program officer.

“Over nearly five decades, [Kay] has pioneered studies of the relationship between tooth morphology and diet in primate and human evolution,” added Dr. John Fleagle, a Distinguished Professor at Stony Brook University and co-chair of The Leakey Foundation's Scientific Executive Committee. “He is a world leader in quantitative analyses of the evolutionary relationships of many groups of living and fossil primates.”

Teeth are almost completely mineral and they fossilize even better than bone, so the study of fossil teeth is not new. Still, there is much debate about what our now-extinct ancestors (“hominins”) ate.

Most studies trying to reconstruct the diet of fossil species focus on teeth from young animals with little wear. Kay and his collaborators are developing a new method using micro-CT scans that allows information about diet to be gathered from teeth of all ages.

This new method focuses on the sharpness of teeth—an important attribute in their ability to chew food—and on how that sharpness changes as teeth wear down over an animal’s life.

Kay says that the pattern of wear and the changes in sharpness can indicate, for example, if an animal ate primarily leaves, which need to be chewed thoroughly, or fruit, which don’t need heavy mastication. Animals with teeth that retain some sharpness, even as they wear with age, are likely those with a more leafy diet.

The team will first analyze in detail the teeth of modern apes, such as gibbons, chimpanzees, gorillas and orangutans, whose diet and habits we know and understand well.

By gathering information on the tooth sharpness of these modern species, and relating it to age and diet, Kay and collaborators can establish a baseline against which to compare the hominin species Australopithecus africanus and Paranthropus robustus, whose fossil teeth tend to be quite worn.

“It is a promising novel approach: how do these sharpness values change with aging and with wear in all of these animals?” Kay said.

This proposal also adds a new tool to the study of mammal dentition. Typical analyses of tooth sharpness cannot tell the difference between crests and valleys. Kay and his collaborators have modified the existing software to differentiate between concave and convex measures of sharpness.

“We can disaggregate the sharpness signal that we believe to be a functionally important component (the crests) from that which is just an epiphenomenon of having thick enamel (the valleys),” said Kay.

Kay is quick to praise the help and hard work of his research team, comprised of Kay, Dr. James D. Pampush of High Point University, Dr. Paul E. Morse, a postdoctoral researcher in Kay’s lab, and Ms. Kianna Dao, an undergrad who is pursuing her senior thesis through work with Kay and Morse.

Because COVID-19 made trips to museums across the world impossible for the time being, Kay and his team established a solid network of international collaborators to gain access to specimens from other countries. Dr. Matthew M. Skinner of the University of Kent, Canterbury, UK, another coauthor of the awarded proposal, was particularly helpful.

“It’s only through these collaborations that we can actually proceed,” Kay said.