September 24 – 9th Annual Science Under the Stars, Durham, NC. At this interactive science festival we presented problem-solving games to children and their parents and compared their responses to those of chimps and bonobos. We also demonstrated a task that we conduct with dogs at the Canine Cognition Center to teach kids about the "genius" of dogs.

April 6 – NC BEST Fest, Raleigh, NC. At this interactive science festival we presented two games to children and their parents and compared their responses to those of chimps and bonobos.

October 3 – 8th Annual Science Under the Stars, Durham, NC. At this interactive science festival we presented problem-solving games to children and their parents and compared their responses to those of chimps and bonobos. We also had a dog demonstrate two tasks that are featured in tests at the Canine Cognition Center.

September 13 – Duke School for Children, Durham, NC. Ben & Kara gave a presentation about Roots & Shoots (the Jane Goodall Institute's Youth Empowerment Program), chimpanzees, and bonobos to a group of 5th and 6th graders. We also demonstrated a cognitive task that has been done with non-human primates.

August 22 – Central Park School for Children, Durham, NC. Read the children's book My Buddy, a story of a dog trained to be a service dog at Canine Companions for Independence (one of our field sites) to a first grade class. She and the class compared the skills of dogs and humans and after reading the book, Emily showed them photos of CCI dogs at work and videos of our own research with them, and other species.

April 21 – Alumni Science Festival, Duke University, Durham, NC. Presented cognition games, similar to those presented to apes, to Duke alumni and their children to see whether they could outsmart the apes.

April 18 – Carolina Friends School, Durham, NC. Gave enrichment program presentation on "Why be nice? The evolution of altruism and the biology of Quakerism."

March 15 – Wiley Elementary School Science Evening, Raleigh, NC. Presented interactive games to groups of children such as "can you tell the difference between a bonobo and a chimpanzee?"

August 21 – North Carolina Museum of Natural Sciences, Raleigh, NC. Claudine Andre spoke to two audiences, one of mostly children, and the other general, about bonobo conservation and her work in DRC. Before Claudine Andre's talk, we prepared interactive cognition games for attendees that we perform with non-human apes, including those that have illustrated differences between chimpanzees and bonobos.

August 18 – French Embassy, Washington, DC. Helped Friends of Bonobos to arrange a public reception and film screening of Bonobo or Beny, Back to the Wild, a French feature film that depicts the work of Claudine Andre and the life of Beny, a bonobo orphaned by the bushmeat trade in Democratic Republic of the Congo.

March 11 – Carolina Friends Middle School Science Day, Durham, NC. Presented differences in chimpanzee and bonobo behavior and how we might expand our idea of our own human nature by studying bonobo cooperation and empathy through interactive games and discussion.

March 10 – Wiley Elementary School Science Evening, Raleigh, NC. Presented problem solving games to elementary school children and their parents that we do with bonobos and chimpanzees.

October 23-24 – U.S. Science and Engineering Festival, Washington DC. Organized "Are you as smart as an ape?" booth.

April 14-16 – Primate Palooza, NC. Proposed and organized the first Primate Palooza that included public lectures on primates at Duke, the Durham Museum of Life and Sciences, and the North Carolina Museum of Natural History.

Created website www.chimpsarenotpets.com to educate the public as to why chimpanzees are not appropriate pets.

Fall – Applied through Duke Plus Global Health Program to receive surplus medical equipment for communities in Basankusu who are helping protect the released group of bonobos we are studying.

Summer – Coordinated and funded translation of IPS guidelines into Chinese to promote welfare standards in China.

April 18 – Hosted Friends of Bonobos Board Meeting to plan this year’s conservation activity.

Every year we participate in the EVANTH Department's Primate Palooza – a week-long celebration of biodiversity conservation featuring public events at Duke and local museums where we share our enthusiasm for primates with each other and the public! 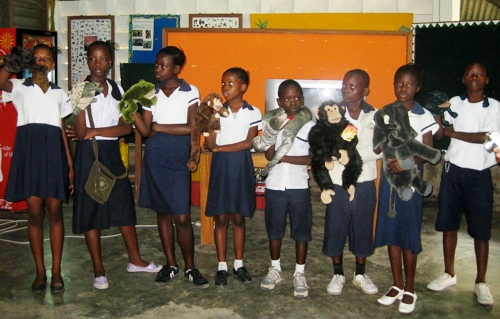 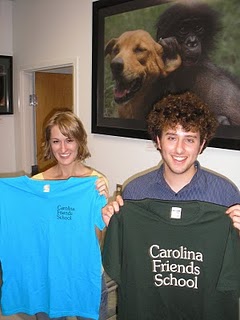 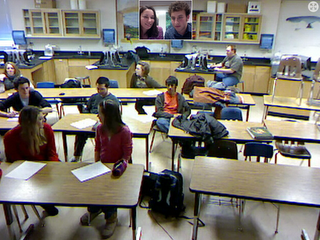