Evolutionary anthropology is the study of humankind's place in nature. The central questions of this unique discipline revolve around how humans arose from our primate ancestors, how our distinctive attributes – such as enhanced cognitive abilities, striding bipedal locomotion, and our extraordinary connections with culture and technology came to be, and why, from an evolutionary perspective, we behave the way we do.

Our focus on these questions connects us with our colleagues in the other natural and social sciences and in the humanities with everyone who is working at some level on what it means to be human. To address questions of human nature and human evolution, biological anthropology focuses on morphology, physiology, behavior and cognition of humans and non-human primates, as viewed from an evolutionary perspective.

Central areas of research include the phylogenetic relationships among living and extinct groups of primates, the functional and adaptive significance of morphological variation in primates and humans, and the socioecological underpinnings of behavioral variation and cognition in humans and other animals.

Students graduating with a degree in evolutionary anthropology will be well prepared to pursue careers in the sciences (including advanced degrees in anthropology), health professions, advocates for science and evolution in the schools, or other natural science related fields 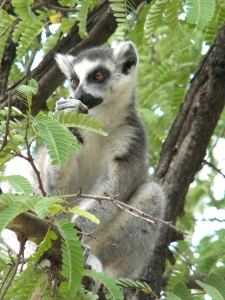 Most of our students get directly involved in research projects mentored by Evolutionary Anthropology faculty. Previous research has covered topics as diverse as understanding the role of risk assessment in the cognitive ability of non-human and human primates to the three-dimensional use of habitats by primates to the functional consequences of osteoarthritis on human gait. Students have made use of the resources at the Duke Lemur Center, The DLC Division of Fossil Primates, field sites in South Africa and Madagascar and the numerous research labs in the department.

For a listing of possible research opportunities, see Undergraduate Research. 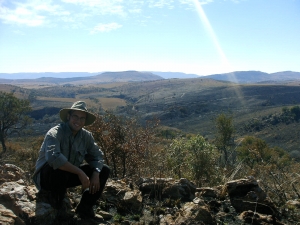 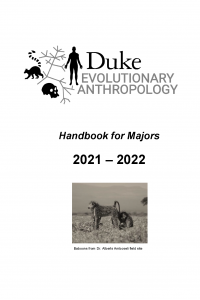